Zenshin Do, McAllister Martial arts and the British Fudoshin Association came together to stage an evening of fights to assess senior students for their grading.

Students were pushed to their limits as they fought valiantly in order to achieve their goals.

Combining the grading students was the idea from two of Thurrock’s top Martial Artists, Sensei Stephen Jones of Zenshin Do Martial Arts and Shihan Jim McAllister of the British Fudoshin Association and The McAllister Academy of Martial Arts. After a discussion around the benefits of pitching students against opponents from other disciplines and clubs who they were not familiar with, the two instructors set about arranging the night. 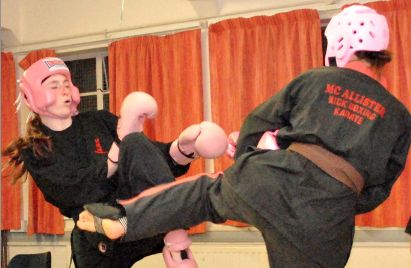 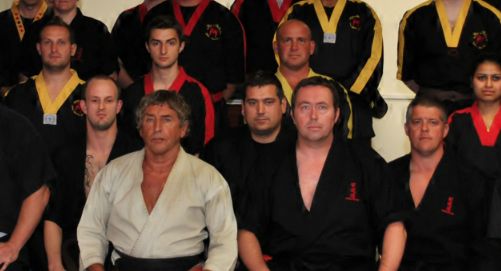 The evening started with an air of expectation and excitement as students set their skills against each other. As the evening went on the efforts of all who participated (grading and non grading students) were recognised, everybody giving a very good account of themselves in over fifty rounds of full contact sparring.

The evening ended in celebration with the presentation of a 1st Kyu Black belt to Zenshin Do Chadwell St Mary’s David Hughes. The night signified the end of his grading, after months of testing that included all areas of Martial Arts he had to fight 8 fresh fighters in 3 minute full contact rounds.

Sensei Stephen Jones of Zenshin Do quoted ‘The evening was a great success, every student that attended gave an extremely good account of themselves showing a high level of self discipline, respect and skill. It was great to bring students from all over Essex together to unite in their combined quest to take the next step in their Martial Arts career.

I am very proud of David who has worked extremely hard with myself and Sensei Andrew Jones stretching his knowledge and learning along the way to gain this well earned grade’.