Football: Four out of four for the Dockers 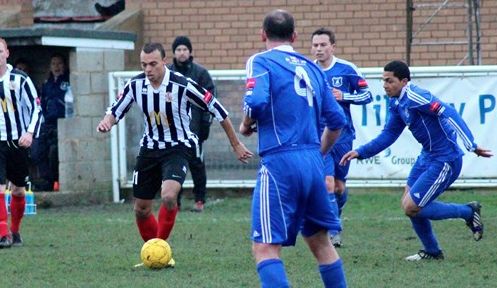 TILBURY continued there good form to make it four wins in four with a win over over a resilient Wroxham side.

Tilbury made two changes from the previous week with Rob Gillman in for his debut and Danny Francis returning to the side in place of injured Tom Wraight and Ben Crooks.

The visitors started well with Matthew Blake firing just wide of the post inside 2 minutes. Joshua Lewis also went close on 6 but was denied by a fine save from Marrable. Tilbury’s first chance of the afternoon fell to Sam Curler who hit wide from 20 yards. Tilbury took the lead on 23 when Danny Francis ran into the box and was tripped twice before the referee pointed to the spot.

In-form Aaron Waters scored down the middle of the goal. 6 minutes later it was 2 when Francis picked up the ball outside the box before curling his effort into the top left hand corner. Just before the break Francis again went close. On 69 Tilbury made it 3-0 when a lovely floating ball from Waters found the feet of Emiel Aiken who controlled well and hit low into the net. Wroxham never let up and pulled a goal back on 76 when Marrable saved, but Ben Thompson was on hand to tap home. With 10 minutes remaining Durrant fired just over the top.

In the final minute Durrant’s shot low to Marrable’s left, but again the ball was parried and fell to a Wroxham player and this time substitute Foushaw was on hand to tap home again.

After the game manager Paul Vaughan commented. “A hard-working performance and a deserved victory, but we must learn to put a game to bed when in control.

On Tuesday Tilbury welcome Harlow to Chadfields before travelling to Grays on Saturday.

The result leaves Tilbury in eighth place and continue to look for a play off spot.