The evening was hosted by Mayor Yash Gupta and guests for the evening were Thurrock Scouts President Margaret Jones, her husband Merlyn, and the District Commissioner for Stanford-le-Hope, Peter Cobley.

Thurrock’s Deputy District Commissioner, Graham Monk, was Master of Ceremonies for the evening. Graham managed to put all the awardees at ease by involving each of them individually; reading out their citations and requesting them to relate a “happy / memorable moment in scouting”. 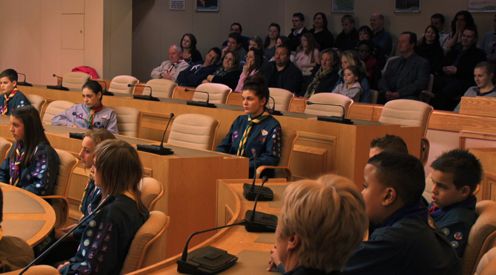 Thanks for organising the very successful evening are due to Olive Clay, the Jack Petchey secretary for Thurrock, who also ensures the award in Thurrock runs smoothly, and to the Mayor for allowing this event to take place in such an important venue.