Tip-Toe through history at final event at BBC

A THURROCK stage school took part in a historic TV event at the BBC.

The TipToe Stage School, based in South Ockendon, helped recreate the world famous mass tap dance that took place in 1977 at the BBC’s iconic Television Centre in London. 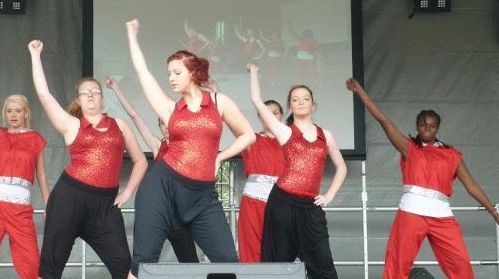 The 2013 version was part of the last ever live broadcast from the BBC’s home.

15 dancers were selected to be part of the live broadcast following recent appearances at the Royal Albert Hall, The O2, and at the opening and closing ceremonies of the Olympics.

School principal, Julie Barker said: “I was thrilled that TipToe has been chosen to take part in such a recognised event. It is especially special to me as I was part of the original troupe who performed with Roy Castle way back in 1977.

“It is quite emotional to know that my pupils have been asked to do it. Though it comes at an exceptionally busy time as we are finishing routines for our show in April at the Towngate Theatre!”.

For anyone interested in attending classes, please email Julie@tiptoestageschool.co.uk or call 07940 521864.