London Marathon: A passage to India for Meena

THERE ARE a host of joggers and runners from around the borough who are now making their final preparations for the London Marathon on Sunday April 21st.

YT will be catching up with a number of the runners over the next two weeks as they face the mighty challenge of 26 miles and 385 yards.

“Six years ago my sister challenged me to run the London Marathon. Unique challenges intrigue me, so after a fair bit of hard work I achieved the challenge and successfully completed the long run. I continued running and have since entered half marathons in Chennai, South India and New Delhi, as well as a number of other races in England.

I live in Grays and am a business consultant. I am the Cultural Secretary of the Thurrock Asian Association and am involved in various voluntary work.

I have set myself another challenge….to run the London Marathon again, and in doing so will try and beat my previous time, and raise as much money as I can for the two Indian charities I am involved with.

I travel to India frequently, in particular Chennai, South India. I have seen for myself the dedication, passion and amazing work the charity team are involved with. They help those who have very little.

One charity provides a home and education to orphans and poor children. The second charity provides employment to women who live in slum areas. My fundraising information is in the following link: 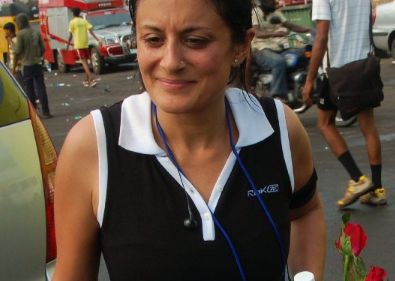