Mayor’s Civic Dinner: “A year of bringing the community together.”

THE Mayor of Thurrock, Cllr Yash Gupta, welcomed 250 guests to the annual Civic Dinner at the Civic Hall, Grays, on Friday (19 April).

The mayor thanked everyone who had helped and welcomed him during his year in office and mentioned several highlights.

Among the guests were the High Sheriff of Essex, Julia Abel Smith; Lord Petre, Lord Lieutenant for Essex; MPs and MEPs as well as mayors and chairs from surrounding councils, councillors, voluntary and community sector representatives and, local businesses.

Cllr Gupta said: “This has been a celebratory year nationally as well as locally, starting with the Duke of Kent’s visit to the Royal Opera House Production Park, a great cultural icon for Thurrock.

“Then there was T-Fest, a great annual community event, and the Queen’s Diamond Jubilee, followed by the Olympic Torch Relay and the magnificent Olympic and Paralympic Games.

“All these events drew people from many different communities together and undoubtedly strengthened community cohesion.”

He also highlighted the work of volunteers and “the growing cultural awareness among all age groups and all communities”, but said “the most memorable events of my year are around my gold chain”.

Cllr Gupta said: “When I welcomed a 70-strong European Union delegation to Coalhouse Fort as a part of European Walls and Garden project, one of them exclaimed “a prince wearing golden chain” as I stepped from the car. It seems European mayors don’t wear gold chains!

“And when I met a lady celebrating her 105th birthday in one of our care homes, she looked at me and whispered into my ear — ‘can I touch your chain Mr Mayor?’. The smile on her face was delightful to see.

“But perhaps the best moment came in my own street, outside my own home. A five-year-old lad came up and said: ‘Yash, can I wear your gold chain?’ I laughed and put the chain around his neck – what a great hug he gave me with a huge smile.”

The evening also included entertainment from Thurrock’s Young Musician of the Year, Georgia Robertson and Jugnu Bhangra, who enthralled he audience with their spectacular dancing. 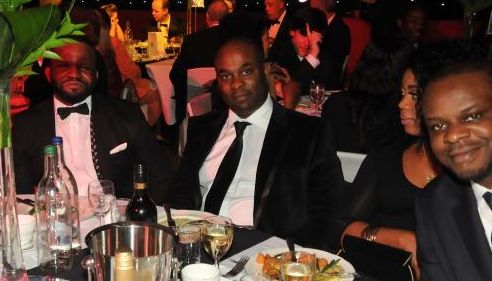