THREE top comedians and a night packed with comedy? Check. A top venue with a great atmosphere? Check. Waitress service to your table? Check. That’s it sorted then, the Official Comedy Club returns to the Orsett Hall on Thursday 13 June for another fantastic night of live stand – up comedy.

Once seen never forgotten, Kevin McCarthy remains one of the biggest and most loved performers by comics and audiences alike, compering and headlining at all the major Comedy Clubs in the UK. With an ever changing act, and the ability to find humour in any subject, Kevin’s warm personality and utterly relaxed stage persona puts the audience instantly at ease. His appetite for topical mirth is second to none and he will have even the hardest of crowds eating out of his hand, as well as watching their back for he’s as sharp as they come.

Comedy Rules (STV), Best of Scottish Comedy (STV), Talking telephone numbers (ITV), Auntys Sporting Bloomers (BBC)
Scottish comedian and impressionist, Geoff Boyz has established himself as one of the most versatile comedians on the London Circuit
In 1995 and 1997 Geoff hosted BEST OF SCOTTISH COMEDY at the Edinburgh Festival and in 1996 made his solo debut at the festival with a superb one-man show. Geoff has also worked as a warm-up for television. Recent shows include THEY THINK IT’S ALL OVER (BBC 1), DEAD RINGERS (BBC 2), JACK DEE (BBC 1) and MR CHARITY (BBC 1).

As the top black comedian on the UK comedy circuit, Rudi Lickwood is far more than just a stand-up. Rudi’s recent achievements including earning his status in the ‘Black 100+’ awards for the greatest Black British Achievers, picking up a BECA award for outstanding contribution to comedy, and taking up a high profile request for Rudi to host an exclusive Brit Awards after-show party. With a super confident playful personality oozing charisma, Rudi’s infectious charm has made him a desirable commodity and a huge act on the UK comedy circuit

Acts correct at time of going to press 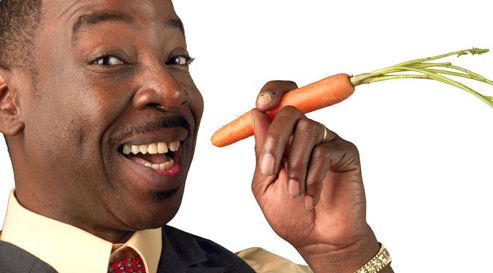