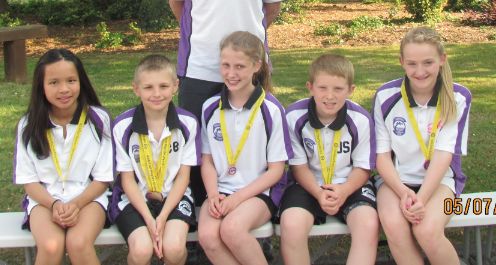 Leading the way for the borough youngsters was 10 year old Callum Bazella who shone for both weekends. Qualifying and competing in 9 events the talented 10 year old reached three finals and in the process securing a hat trick of medals – Gold, Silver and Bronze. The National Age Group squad swimmer picked up Bronze in his 200m butterfly, Silver in the 200m backstroke and the icing on the Regional cake was being crowned Regional Champion for his 400m freestyle. Callum’s final finishing spot of second place for the whole of the East Region was testament to the club’s ethos that hard work and conisistent training definitely pays off.

Fellow 10 year Jamie Speers qualified and competed in no less than 10 events over the two weekends. Reaching 4 finals, Jamie finished 4th in both the 200m butterfly and 100 freestyle but secured podium places with a Bronze in the 100m butterfly and a Silver in the 200m individual medley.

Completing the trio of 10 year old boys was Louie Morris competing in the 100m and 200m backstroke finishing 15th and 19th respectively.

Thurrock’s trio of 10 year old girls competing in 10 races between them was Gracie Mae Martin, Mia Fursedonne and Rebecca West finishing in the top 30 in a combination of backstroke and freestyle events.

11 year old Martine Tran from the Club’s National Age Group Squad confirmed her place on the Regional stage with a 6th place finish in her 100m backstroke and improving her heat finishing position in the 200m backstroke by winning a Bronze medal in the final. Completing Martine’s Regional swims she finished in the top ten for both her 200m Individual Medley and her 100m freestyle.

12 year old Azar Aitmarri not only competed in his individual race being the 400m freestyle, finishing 16th, but also travelled the distance to Norwich to play a part in the Boys 11/14 year old 400m Freestyle Relay Team, along with 13 year old team mates Luke Crofts, Jay Pilkington and Jack Williams who made up the Club’s Second Relay Team, finishing 13th in the Region. Making the 11th spot their own was Thurrock’s other relay team consisting of 13 year old National Age Group swimmers Louie Ridgway, Andrew Martindale, James Martindale and Danny Patterson.

The Girls 12 year old age group witnessed medal swims from fellow squad swimmers Imagine Stuart and Georgia Hobson both no stranger to competing at the East Regional Championships. Imagine competed in 8 events, reached two finals, finished in the top 6 for her 400m freestyle, 200m backstroke and 400m individual medley, with a well deserved podium place and a Bronze medal in the gruelling 200m butterfly. Fellow squad swimmer Georgia swam the trio of freestyle events: 100m, 200m, 400m and the 100m butterfly successfully collecting a Bronze medal in her 100m butterfly.

Completing the Club’s East Regional swims were the 13 year old boys Andrew Martindale and Louie Ridgway, both competing in individual swims and the 11/14 year old Relay swims. Andrew competed in 7 regional swims successfully finishing in the top ten for 5 of them and reaching a trio of finals in the 200m butterfly, 100m butterfly and improving his 6th place heat finish being placed 4th in the final in the 100m backstroke showing that the 13 year will be a forced to be reckoned with at East Regions in 2014.

13 year old Louie Ridgway also competing in both individual swims and Relay team events also proved that 2014 Regional Championships will be one to be watched with the borough teenager finishing in the top ten for three of his five qualifying events in freestyle, backstroke and individual medley events showing the versatility of the William Edwards pupil.

Head Coach, Alan Mitchell, said “I am very proud of all the Thurrock swimmers who took part at the ASA East Regional Championships in Norwich, some for the first time. With consistent and hard training comes pb’s, results and medals. With two meets left to go, we can look forward to a rest before the new season starts”.