THREE men appeared at Basildon Crown Court on Thursday (July 11) and were sentenced for burglaries, mainly in the Basildon and Grays area, but also across the county.

Daniel Gaylard, age 21 from The Hyde, Langdon Hills, Basildon was jailed for one year for a burglary in Basildon on March 4.

His Hon Judge David Owen–Jones said: “These men have clearly committed a professional burglary campaign, which was planned to fund their self-indulgent lifestyles.”

Both Mallett and Taylor have a history of criminal offences. Detectives worked with the two men and they have then admitted and provided evidence to a string of other burglaries across the county.

Mallett had admitted a further 36 offences in Essex and five in the Metropolitan police area and Taylor provided evidence of 29 other offences and these were taken into consideration by the Judge with his sentencing.

A/Det Insp Gary McNair said: “Without Mallett and Taylor electing to engage with police officers is it unlikely that the bulk of these offences would have been solved. These admissions will bring some closure to the victims of their crimes.” 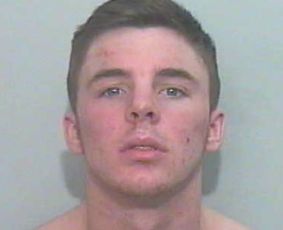