Group start national campaign to Save The Dell 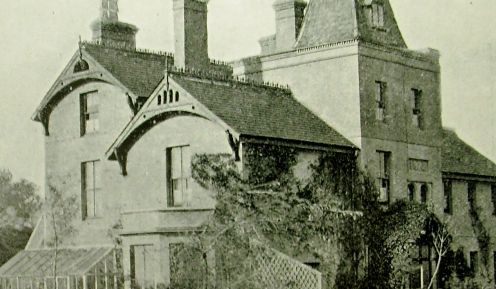 A GROUP of people interested in the history and heritage of Thurrock (Essex, UK) have started a national campaign that aims to ensure the preservation of the gardens and house built by Alfred Russel Wallace in Grays Thurrock.

The campaign has been welcomed by Dr. George Beccaloni of the Natural History Museum who said “The Dell is historically very important because it is the only one of the three homes that Wallace built which still survives.

It was paid for using money he earned from the sale of natural history specimens collected during his 8 year expedition to Singapore, Malaysia and Indonesia. Wallace is the founder of evolutionary biogeography (the study of the geographical distribution of animals and plants) and his most important book on this subject, “The Geographical Distribution of Animals”, was written whilst he lived at The Dell.”

The Dell has recently been put up for sale, providing an opportunity to establish a major heritage asset not just for Thurrock but for the wider community in Britain and the world. The building could be used to house a heritage centre with information on Wallace’s life and achievements. It would be a natural focus for collecting and displaying objects and publications related to Wallace and to the development of the theory of evolution by natural selection. These would be available as an important resource for the history of science in the 19th century.

Jonathan Catton, Heritage & Museum Officer for Thurrock Council said, “The Museum Service has recognised the importance of Wallace and his house in Grays, but now we have the chance to showcase Thurrock at an international level. The enthusiasts from both the historical and environmental groups have come up with a wide range of ideas of how the house could be used with the central theme on ‘Wallace’ but we have to first secure the property and ensure we can generate income to allow a sustainable plan to manage the site”

Alfred Russel Wallace was a 19th century naturalist who devised the theory of evolution by natural selection independently of Darwin. He made his discovery during the years he spent in Indonesia. It was Wallace’s letter to Darwin, outlining his discovery of natural selection that prompted Darwin to publish the ideas he had been working on for more than twenty years. Papers by Darwin and Wallace announcing the discovery were presented together in 1858 at the Linnean Society, London’s premier biological society. Although Wallace was well known at the time, his contribution became somewhat overlooked in the second half of the 20th century. There has been a resurgence of interest in him as the centenary of his death in November 1913 approaches.

In 1872 Wallace built the Dell which was designed by the architect Thomas Wonnacot. The Dell was one of the first concrete houses built in Britain and Wallace lived there until 1876. The house was subsequently bought by William Winch Hughes, founder of the Victoria Wine Company. In the 1950s it was bought by the Sisters of La Sainte-Union des Sacrés-Coeurs. In 2000 the house was awarded Grade II Listing by English Heritage in recognition of it being a fine example of an early concrete residence. In 2002, in recognition of Wallace, a green Thurrock Heritage plaque promoted by Thurrock Museum service, was unveiled on the building by Wallace’s grandson.

For further details or help with the campaign contact Jonathan Catton, Heritage Officer at jcatton@thurrock.gov.uk
Telephone: (01375) 413965