Danielle Jones murder: Mother to tell of her grief in documentary 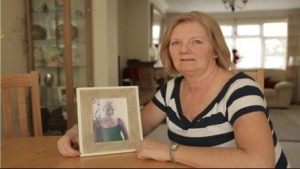 TWELVE years on from the murder of her teenage daughter, a mother will be appearing on breakfast television to highlight a documentary to be shown later which chronicles the police investigation to find her and convict her killer.

Danielle Jones was reported missing in East Tilbury in June 2001. The 15-year-old girl was last seen leaving her home at 8am to catch a bus to her school in Stanford-le-Hope. However, she did not catch the bus and instead was last seen getting into a blue van on Coronation Avenue.

In December 2002, Danielle’s uncle, then 52-year-old Stuart Campbell, was convicted of her abduction and murder, and sentenced to life imprisonment. To this day, he refuses to divulge where he disposed of the schoolgirl’s body; offering no closure for Danielle’s parents; Tony and Linda Jones.

Britain’s Darkest Taboos documents the key moments in the Essex Police investigation, with detectives Stuart Rawson and Keith Davies providing commentary and Linda Jones talking about the grief and distress that enveloped her and the rest of Danielle’s family.

Britain’s Darkest Taboos is broadcast on the Crime & Investigation Network on Sky channel 553, Virgin channel 237 or BT channel 887 at 9pm on Wednesday, October 16. Linda Jones will be appearing on ITV Daybreak earlier in the day.