LEONARD Willsher, aged 41 from Basildon, has today pleaded guilty to several offences that left a 58 year old delivery driver fighting for his life.

David Fletcher from Upminster was making deliveries in Wood Avenue, Purfleet on July 9, 2013 when two men jumped into his lorry and attempted to drive off. Mr Fletcher chased after the lorry, but was pushed in the face by the driver, and fell to the ground. His lorry then drove over him, leaving him with serious multiple injuries.

Today, (November 12) at Basildon Crown Court, Leonard Willsher, from The Fremnells, Basildon pleaded guilty to causing grievous bodily harm, causing serious injury by dangerous driving, aggravated vehicle taking and driving whilst disqualified. He is due to be sentenced in January 2014. 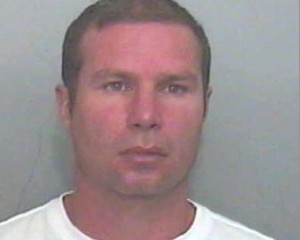 Senior Investigating Officer Det Chief Insp Lucy Robinson said: “Leonard Willsher was an opportunist thief who stole Mr Fletcher’s vehicle whilst he made a delivery. Mr Fletcher chased after him and bravely held onto the lorry’s wing mirror. In trying to escape and with no regard for his victim, Leonard Willsher callously pushed Mr Fletcher away and then ran him over.

“Despite causing near fatal injuries, Willsher did nothing to help his victim, but was observed wiping his fingerprints from the lorry before running off, leaving his victim for dead. Thanks to expert medical care, his own strength of character and determination to get better Mr Fletcher is recovering with the help and support of his family.

“This was a complex enquiry involving a large number of Essex Police staff and experts who provided the evidence to put Leonard Willsher in the driving seat. I am glad for Mr Fletcher and his family that we have been able to get justice for them.”

Detectives are still keen to hear from anyone who can assist with identifying the second suspect in this case.