A LATE Sam Cutler effort saw the Dockers inflict a deserved win over the leaders VCD Athletic, which saw the Dockers win for the second time in 13. On a cloudy and windy afternoon, the Dockers started strongly. On 9 minutes Nathan Ashton’s effort was well saved by the keeper and from the resulting corner, Ashton found Joe Nightingill unmarked who headed home. Ibemere on the left for the visitors had some good runs that caused concern in the home defence and before the break found Sam Gent who went close. Both Waters and Mead had good efforts on goal before the break, before VCD equalised on half time when defender Barney Williams was left in space on the right and smashed home past Ramos.

After the break, the Dockers defended well and only a weak Gent effort was the closest the visitors could get. Tilbury made changes with both Gilbey and Blackman introduced and this gave the home side energy. In the final 10 minutes the game came alive, firstly VCD were reduced to 10 men when a poor challenge by Sam Gent on Mitchell Gilbey, saw the referee left with no choice but to send him off. This did not stop VCD attacking and saw a good shot by substitute Moorse-Macdougall well saved by Chico Ramos. With 3 minutes to go Sam Cutler blazed over when in front of goal. In the first minute of added time, good build up play by Gilbey saw him play a simple ball to Blackman who played the ball to Cutler in space and he sweetly shot into the roof of the net with Blue unmoved. A few seconds later the referee blew the final whistle and the result saw Dockers move up 2 places to 12th. 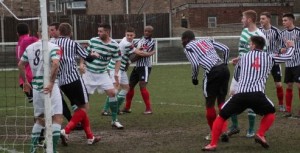 After the game manager Paul Vaughan said “I am delighted with the win. A deserved victory for the boys. On Tuesday Tilbury travel to Waltham Abbey – 7.45pm kick off.