Rugby: Tight lines at the seaside for Stanford

STANFORD FIRSTS team travelled to the edge of Essex this weekend to take on Brightlingsea. Always a tight game between these two sides and this game was not to be any different. A very stop starts game which both teams found difficult to settle with.

Stanford scored first through Greg Rumble who after some great scrummaging then rucking work by his fellow forwards powered his way over the line. The conditions were not great for kicking and the conversation drifted wide. Brightlingsea had the upper hand in most of the scrums and dominated with the tight controls which lead to some good physical play to bring them level but again the extra two points went begging. At half time with the scores all level neither side had a grip on the game.

The 2nd half didn’t start well with some poor tackle attempts allowing the Brightlingsea Captain get his second try of the day. The rest of the game ebbed and flowed with Brightlingsea still having the upper hand in the scrums but Stanford ruck extremely well and defending clinically.

The game need more control but the stop start pattern lead to a lot of frustrated players from both sides and sadly it was not the spectacle everyone had hoped for. With no more tries coming Brightlingsea took the win.

STANFORD SECONDS team hosted East London 3rds at the Rec and were looking to try and setup a mini run of wins. The home crowd were not to be disappointed. With a good mix on old heads and young legs Stanford were dominate in all the close set plays, setting a strong platform for the backs to outpace and out manoeuvre the opposition. Stanford always looked in control and whilst East London battled hard and never gave up, Stanford just couldn’t do any wrong. 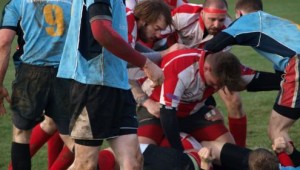 Stanford 2nd team took a well-deserved victory of 48 -12, really setting hopes high of the remained of the season.