POLICE want to identify a man and a woman who were caught on CCTV at the time that a theft took place at Currys electrical store at the Lakeside Shopping Centre near Grays.

Two suspects had entered the shop at 1.30pm on Saturday January 25.

They had then taken two wireless Xbox One controllers from a shelf before hiding them in a Currys carrier bag and walking out of the store without making any attempt to pay. 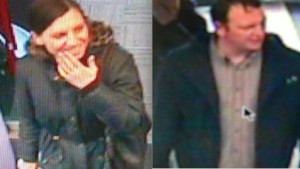 Anyone who recognises either of the people in the images is asked to call PC Aidan Walsh at Essex Police on 101 or ring Crimestoppers anonymously on 0800 555 111.