HW Wilson out on the streets

SOUTH OCKENDON building company, HW Wilson, spent a night out on the streets of Southend and all for a very worthwhile 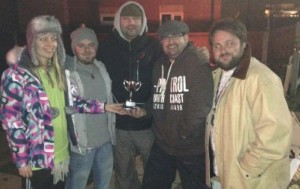 Staff were participating in a charity event called the Southend SleepEasy, raising money for the Southend YMCA for youth homelessness. 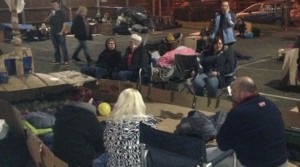 On the night, the company won “Best Team Fundraiser” on the night. The participants were Peter Wiffen, Phil Pearson, Todd Beckett and Jeni Beckett.

A spokesperson said: “Our total raised was £1263 (we are still receiving the odd donation on our Just Giving page too). The event was from 7pm to 7am. The night was very cold, I think it dropped to 3 degrees.

“They provided us with cardboard boxes and tape and we did take a sleeping bag each and warm clothes which was permitted. The rain held off apart from a short, light shower in the morning so we were lucky in that respect.

“We all said the same thing, which was that it was humbling to realise that after our one cold night, we could all return back to our families and homes, and yet some people don’t have that option. Emotional stuff”.

One Response to "HW Wilson out on the streets"