Mother “At the end of her tether” over mould

A SOUTH OCKENDON mother has told YT that she is closing to breaking over problems with mould in her council flat.

Mother-of-two, Laura Philpott has been in the flat for two years but says the living conditions are becoming intolerable.

Although Laura lives in the Belhus ward, she contacted Ockendon councillors, Lynn Carr and Barry Johnson, who have been running a long long campaign to improve housing conditions in the borough.

We spoke to Laura in her flat in Cranall Green and then spoke to Lynn Carr about the progress she has made in securing better housing conditions. 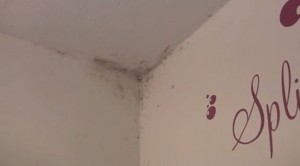