STIFFORD Clays is less a weathervane ward and more a “well you never know” ward. A case in point could be the by-election here in Nov 2013, where the Labour majority of 354 left by the late Diana Hale was reduced to 76 to Sue Shinnick.

How Labour managed to do that in the teeth of an unpopular coalition government is quite a trick. Then again, the same could be said in Ockendon in 2012 when they lost that seat by 100.

This time, cllr Angie Gaywood is up. Angie was very much the partner with Diana Hale and they worked wonderfully together. Angie is very much embedded in the community: whether it is cleaning up the woods, working with the community forum, a cup of tea at Headon Hall or dealing deftly with tricky issues. Angie is in many ways, the civic minded Thurrock resident (school governor, mother-of-four etc) that we don’t have enough of.

By co-incidence, Angie only won by 76 in 2010 but that was in the general election year when Labour were toast. However, can she fight off the UKIP challenge of 2014? The candidate is Graham Snell. Again, at this point, UKIP’s local candidates are being a bit elusive but we will endeavour to see where this candidate stands on issues such as crime in Crammavill Street, the recent Ofsted in Stifford Clays primary, the work of the Stifford community forum etc etc.

Nevertheless, UKIP will do well here and it is not beyond the realms of the imagination that they could claw back the 142 votes they were shy of in November.

The main challenge could also come from eighteen-year-old Abbie Maguire. As you will see from her interview, Abbie is an articulate, sagacious, perceptive and politically astute young politician who will clearly go far.

She is convinced that the shared services/merger with Barking and Dagenham is one of the main issues on the streets of Stifford Clays. For all we know it might be. In Abbie’s interview she does focus on many other issues. Abbie is certainly out and about in ward most nights with a dedicated team that are usually pretty darn good at campaigning.

Labour will say that the Conservatives are scaremongering but they may well have to concentrate on their own game and stand on their own record in Thurrock.

This ward will be all about the last week and then those who have the machinery to get voters out on the day. Labour failed to do that in November. They seemed to have a “Let them eat cake” attitude. They have to get the voters that came out for Diana Hale out.

We asked cllr Gaywood about what issues she was standing on.

“Stifford Clays really is a lovely ward and I feel privileged to have been elected to serve as ward Councillor here since 2010.

“We have a great community presence here, and I really have enjoyed working closely with the Community Forum well led by Len Orpin, our churches, and our two schools and we are currently working together with our residents to bring a community hub here which we know will be of great benefit or everyone, I’m particularly keen that we have somewhere for our youngsters to meet their friends in the evening as they tell us they want somewhere, warm dry and safe to meet up, something like a “coffee stop”.

We’ve worked on a number of projects together with Anthony Peltier the primary headteacher such as when the school opened their doors or the 2nd year running on Christmas day to families and the elder community, we had so many volunteers from our community to cook and serve the Christmas dinner it was really wonderful to share this special day with those residents that would have otherwise spent the day alone.

“Stifford Clays is a busy ward bringing lots of case work, from planning issues, buses, bedroom tax, housing issues and parking, – with a large housing estate built with very little parking availability I have been working with officers over time to protect our green spaces and at the same time provide additional parking. That’s why I’m really pleased Sue and I have secured funding to start the new verge programme. This is dealing with some of the very worst verges in our area by providing parking yet also allowing the grass to grow through a special matting where parking space is desperately needed. We are also talking to residents who want to protect their verges and green spaces and are compiling together residents planting schemes – we’ve asked the Council to provide some small trees to start us off.

“Residents have been telling us how pleased they are we have kept the vital No.11 bus service – a service that runs directly through to the hospitals, which we have fought for the second year running for the Council to fund after the commercial service was withdrawn in Stifford Clays by First Essex.

However it has been difficult when the Council have been faced with £30 million cuts from Central Government with deeper cuts still to come – which is why we have , where appropriate shared some management staff and shared services with Brentwood, Barking and Dagenham, Birmingham, Southend, Westminster, and Havering – This is not only saving us money – £1m – but also shares best practice.

“But most importantly keeps those services residents tell us they care about:- a weekly bin collection service, all of our street lights kept on at night, no libraries closed and Council tax frozen this year.

There is no merger, just simple savings and working together to protect vital services.

“Working with Diana and now Cllr Sue Shinnick, I believe residents here have a strong team to support them. I have been able to bring my experiences as a mum of four children, a resident of Thurrock for all of my life, I am passionate to enhance our community and bring our community closer together. 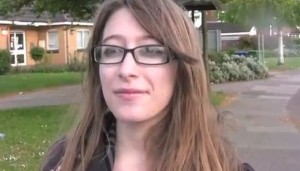