Labour’s Richard Howitt was at the epicentre of the campaign to save Petroplus. Ultimately, it failed and indeed for those who heard the fireworks go off at The Peg Club on Monday evening, they will know that chapter of history has finally closed.

YT spoke to Richard as he began an afternoon of campaigning in the Stanford and Corringham area. 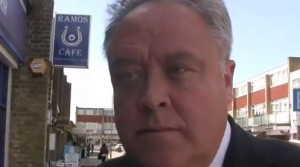 2 Responses to "Experience of Petroplus key for MEP candidate"