UKIP aim for 25% of the Thurrock vote

AS WE enter the final week of campaigning for the local and european elections, it looks like UKIP may be on the cusp of their most successful night in politics.

They have a growing influence in Thurrock where they have put a lot of hard work in.

There are those that believe that after May 22, 2014, it is all downhill from there.

In 2009, they gained 17% of the vote in the European elections and went on to gain 3% in the General Elections of 2010. They may well gain over 30% in the 2014 European elections. It is also expected that will drop to something like 9% in 2015. That may not gain many MPs but it could damage a lot of Tory and Labour campaigns.

YT spoke to UKIP veteran, Clive Broad and among the questions we asked him, what he would call success for the local Thurrock elections on May 22nd. 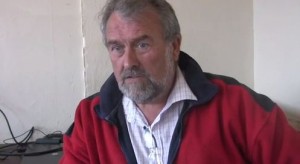 4 Responses to "UKIP aim for 25% of the Thurrock vote"