LAWS campaign for animal welfare in the UK and across the world.

Mike said after his election at Westminster Hall: “Labour is the natural home of animal welfare. As a party we have been at the forefront of the animal rights movement and I was delighted when the last Labour government introduced the ban on fox hunting with dogs. We are a nation of animal lovers which is clear to see across Basildon and Thurrock when I am out campaigning and meeting residents. 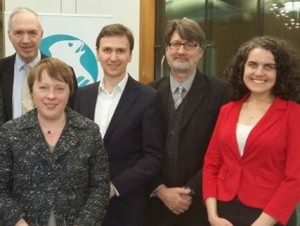 In my new role on the NEC I will fight to make sure that animal welfare is included in the Labour manifesto for 2015. We need to do more to enforce the hunting ban, take action on wild animals in circuses and stop the senseless badger cull which is seeing thousands of innocent animals slaughtered due to an over-zealous Tory and Lib Dem government policy.”