The local touch proves its worth 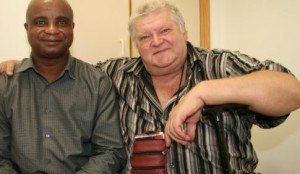 Council’s new approach to building stronger communities is being expanded after a positive response.

The team is now six-strong, including one coordinator seconded from the Essex Fire and Rescue Service. Three more are likely to be appointed by the end of year, ensuring residents across the borough will have access to a coordinator.

Analysis of the work of the trailblazers in Stanford-le-Hope, Grays Riverside and Purfleet concluded that local area coordinators are very effective at helping people facing challenges in their lives. They encourage such people to find solutions in their local communities.

The coordinators provide advice and support, bringing people together to help each other and directing them towards existing groups in the community.

One of the new coordinators, Kate Williams, said contacts with the local area coordinators in her previous work assessing vulnerable people had inspired and motivated her to take up the new role in Tilbury.

“I like the idea of working in the community – seeing people regularly and putting them in touch with organisations that can both support them and that they are interested in.

“I went on a few visits with the coordinators and I was impressed with how they really made a difference to people’s lives without turning to traditional services. There will be a lot of challenges as I have not worked in Tilbury before but I am really looking forward to getting to know the many voluntary groups in the area and working with them.”

Ms Williams said that while the role is challenging she is drawing on support and insight from the more-established local area coordinators.

Rachel Cole has also started work in the role this week, covering Stifford Clays (including Blackshots).

Cllr Barbara Rice, executive member for adult social care and health, said the appointments followed early research showing the coordinators were making a difference to the lives of dozens of local people.

“The coordinators take the time to get to know local people, the clubs, organisations and options for informal support in their communities. They link people who might be feeling lonely or just a little frail to link in with this support.

“This can reduce the ever-growing demand for social care, housing and health services as well as helping to build stronger communities and individuals. Feeling part of a community can help people’s health and wellbeing and their mental health and strength. It can keep them feeling happier and more independent. That is good for them and good for hard-pressed health and social care services.”

One woman recently referred to the coordinator who has been supporting her as her “fairy godfather”. Meanwhile another man said his coordinator had “picked him up from being near the grave and saved him to have a full life”. (See case study)

He said: “It’s great to see such good progress with local area coordination in Thurrock and their strong leadership and commitment to a high level of quality and evidence in moving forward with this more personalised way of supporting people and building more inclusive communities.”