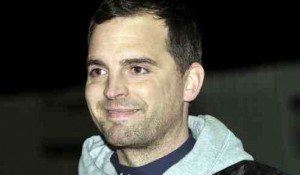 Player-manager Ryan Kirby has decided to step down as manager and will leave the club due to family and work commitments. Former Arsenal trainee Kirby initially stepped back from hands-on management of the team in the latter part of last season with Andy Swallow taking on the reins to see the season out as the team played 25 games in 66 days.

Jody Brown joins the club after finishing last season at Heybridge Swifts, steering them to an excellent 3rd place in Ryman Division One North with the side losing out to Harlow Town in the play-offs. He joined Swifts from Maldon & Tiptree where he was assistant manager to Terry Spillane. Prior to that Brown was at Redbridge where he managed the side prior to Spillane’s appointment at The Oakside and stayed at the club in a coaching role.

Both Ryan Kirby and Jody Brown will be at The Academy in Loughton tomorrow for the start of pre-season training as Brown meets his new squad for the first time.

The club would like to thank Ryan Kirby for his hard work and commitment to the club in stepping up from a playing role into managing the first team and giving his all both on and off the pitch. Ryan leaves the club with our best wishes for the future.