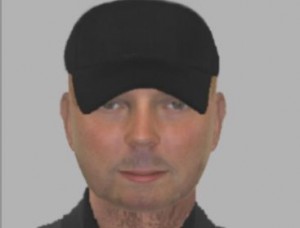 investigating an assault in South Ockendon in which a motorist was punched several times while queuing in traffic have released and efit image of a suspect.

The attack happened at the junction of Arisdale Avenue and West Road shortly before 9:30am on Wednesday, July 2 when the female driver of a white Range Rover was approached by the passenger of a car which had been behind her. He then started punching her before he returned back to the car and was driven off.

The woman, who is in her 20s, was treated by paramedics for minor injuries and shock. She is currently providing a statement to officers.

CCTV is being reviewed. At this stage, it is unclear what the motive is behind the assault.

The car which contained two men, one of whom was the assailant, was driven off towards the M25.

Police are asking members of the public to take a look at the efit released and contact detectives with the name of the man responsible.

Anyone with information in connection with this assault is urged to contact detectives at Grays Police station on 101.