GRAYS ATHLETIC continued to build their side for the coming season with another two fascinating signings.

The club have announced the signing of former Burnley, Portsmouth and Reading player Glen Little.

The club were also pleased to announce the signing of experienced defender Jay Leader.

Only last week, it was announced that Leader had signed for East Thurrock United. But it seems he have had a change of heart.

A spokesperson for East Thurrock United said: “Jay Leader agreed to join us and signed Ryman League forms. We were expecting him to be at training.” 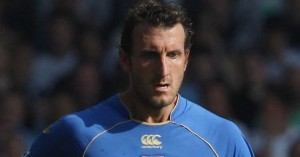