Unfurl the flags as Kinetika open at High House

KINETIKA’S launch day at the High House Production Park was well attended with the Mayor of Thurrock Cllr Steve Liddiard among the guests.

Pupils from St Andrews Primary School near Epping greeted the guests, waving flags they had made with Kinetika, and everyone was invited on a tour of the Backstage Centre and the Royal Opera House Production Workshops. 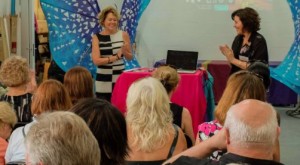 After a buffet lunch Andrea Stark officially welcomed Kinetika to the site and Ali Pretty, Kinetika’s artistic director, introduced the company and its vision for development in the area.