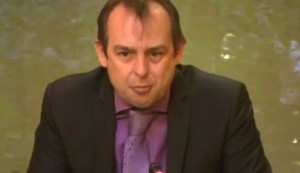 SENIOR Conservative councillors vented their anger at Thurrock Council at delays in processing a petition that would see more independence for a Corringham housing estate.

In February, local residents (joined by MP Stephen Metcalfe and local councillors) and handed in a petition to Thurrock Council that they hoped would result in a community or parish council being formed.

But six month later, it appears that nothing has been done with the petition.

Chafford councillor Simon Wootton and Corringham councillor, Mark Coxshall both rose on the floor of the chamber to express their frustration at the delay.