THE way Thurrock Council deals with land and buildings it owns will play an ever-important role in its finances and the development of the borough as a whole, says Council Leader Cllr John Kent.

He was speaking at a recent meeting of the full council, making his portfolio report and looking at how the authority would have to make around £37 million savings over the coming three years.

And his speech co-incided with adverts looking for expressions of interest in large tracts of council-owned land such as The Dell in Grays. 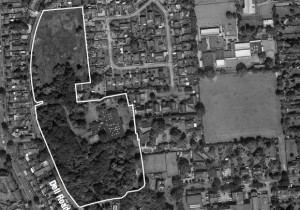 “To help make these savings we will have to make the best use of our assets,” he said.

“Asset management seems a simple idea, but it’s complicated by the council’s need to use the assets it has in the best way to benefit local people and the community as a whole.

“That means – despite the ever-increasing financial pressures – we sometimes have to look at selling or using land without maximising income.”

Cllr Kent used the new South Essex College Campus as an example, saying: “We could have insisted the town centre site be sold for private housing … making millions; instead we’re using it for a college … helping thousands of local youngsters to get the skills they will need to take advantage of the jobs that will be created here over the next few years.

“On the other hand, there was an advert in last week’s paper seeking interest in two possible housing sites up for freehold in Grays – as agreed by the cross party Asset Group.

“On property sales, we’re already over half way to our £7 million target for the end of the financial year and we’re working closely with our partners to secure the best possible value for council tax payers.”