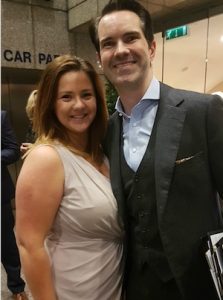 THE Grays-based traffic management company was awarded Supplier of the Year at the 2016 London Construction Awards, recognising them as key players in the capital’s construction industry.

Winning such a prestigious accolade follows a period of extensive growth in the City and surrounding boroughs for the business led by husband and wife team Richard and Grace Goodall.

After recognising an increasing demand for a comprehensive traffic management service in London, the company increased their workforce to over 30 employees and acquired a larger depot in Grays, Essex, to house their wide range of equipment. As a result the business built a strong network of clients and working partnerships, cementing their place as a force to be reckoned with within the industry.

The awards took place in conjunction with London Build Expo 2016, the leading expo for the construction industry in London and the South East. Hundreds of industry professionals including architects, designers, construction companies, civil engineers, local councils, housing associations and government, gathered for the two day exhibit at London’s Olympia.

A team of NTS employees hosted a stand at the Expo as well as attending the ceremony, where they collected their trophy.
NTS Business Services Manager Grace Goodall said:

“We thoroughly enjoyed exhibiting at London Build and it was a real eye opener for us to see how many people are invested in driving London’s construction industry forward.

“The award is the icing on the cake following a fantastic year for NTS. We’ve come a long way since we first began and that is down to our hardworking team who remain committed to delivering a first class traffic management service across the whole country.

“We’d like to thank everyone we have worked with over the past year and look forward to more success in 2017.”