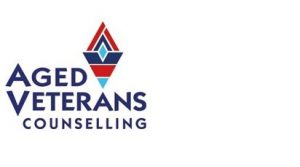 ARMED forces and National Servicemen veterans who are experiencing loneliness, depression, or bereavement now qualify for a FREE counselling scheme.

Aged Veterans Counselling, a government backed organisation supported by veterans’ charities, is rolling out a FREE counselling scheme across the UK. Any man or woman who is 66 years or over and who was in the military or completed National Service qualifies.*

Many men and woman of this age suffer loneliness, depression or anxiety. This can be as a result of bereavement, marital problems or a whole host of other issues. Aged Veterans Counselling are able to offer in home counselling provided by accredited professionals. An initial half hour session can be followed by a further 5 free sessions which has proven to have an immensely positive impact on those who participate.

Patrick, a former Petty Officer in the Royal Navy, tragically lost his wife to cancer a few years ago. Since then Patrick has suffered from bouts of loneliness and isolation as he has tried to deal with the void in his life. Concerned for his wellbeing his GP suggested that Patrick might benefit from the free counselling service from Aged Veterans Counselling.

“One thing that I have learnt from this journey that I want to share is that you should never think you’re weak because of the way you’re feeling. My counsellor helped me understand that depression is difficult to manage on your own. Talking about my feelings helped immensely, and most importantly I feel hopeful about life again.” (Patrick)

This free counselling service is completely funded by the Government’s Armed Forces Covenant pledge (via the Aged Veterans Fund) which has been directly paid for by fines imposed on the major banks relating to the Libor scandal.

Josephine Bey, Communications Manager of Aged Veterans Counselling, comments “This is a very worthy scheme that can help our former National Servicemen and armed forces veterans get through troubled times in their lives. If readers know someone who can benefit, please contact us online or by phone.”