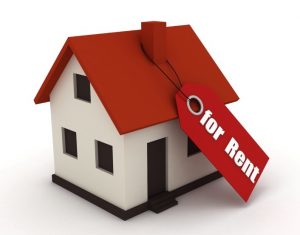 THURROCK Council has welcomed the announcement from the Housing Minister, Gavin Barwell MP, that the Pay to Stay proposals due to be introduced in April have been made discretionary rather than mandatory, as well as the delay in introduction of a High Value Voids Levy.

Cllr Rob Gledhill, Leader of the Council and Cabinet Member for Housing said: “The government’s original proposal – where tenants earning more than £30,000 a year would be obliged to pay a higher rent – would have provided no additional benefit to the council with the surplus rent charged being passed to the Treasury.

The council will retain the discretionary power to levy a higher rent on tenants who earn in excess of £60,000 per year.

He added: “Shortly after taking the role of Housing Cabinet Member, I spoke to our MP, Jackie Doyle-Price, to express my concerns whilst I remain supportive of charging those in Council houses with high income something resembling a market rent the thresholds which were being discussed were too low.

“I thank her for taking this forward and the Minister for dropping this as a mandatory scheme. Using the new fixed term tenancy rules we can achieve the same outcome and ensure council housing is occupied by those with a real need based on local factors rather than ones set by government.”

Cllr Gledhill has also welcomed the delay in a government scheme to levy the council on higher value properties, known as the High Value Voids Levy.

He continued: “I support the government’s decision to defer the implementation of the Higher Value Void levy to give more time to clarify how it will be implemented. But again I urge them to look to make it a locally set scheme as part of the commitment to devolution. Even clustering with neighbouring councils will mean a poor deal for all the councils involved as we have seen with the local housing allowance.”