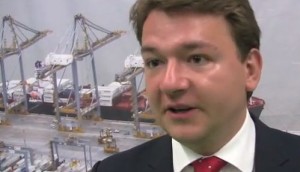 THE number of EU migrants arriving into the UK hit a record high, according to figures from the Office of National Statistics.

An unprecedented 284,000 EU citizens are estimated to have arrived in Britain the year to June which covers the period up to and just after the EU referendum.

Net migration to the UK – the difference between the number of people arriving and leaving – remained at near record levels.

Reacting to the news, UKIP cllr Tim Aker MEP said: “The Conservatives have today overseen the largest numbers of net immigration into the UK. Theresa May will go down as the worst Home Secretary in British history.

“Labour want mass immigration to continue while the Tories see it as an endless flow of cheap labour for their friends in big business.

“The Bank of England says these levels of immigration have pushed wages down. The institute of Fiscal Stidies confirmed that real wages will stay below their 2008 level by 2021. This means the longer mass immigration continues the longer living standards for working Brits will stagnate.

“UKIP is the only party to get us out if the EU, control our borders and put British workers first.”