Rugby: T-Birds too strong for Saracens 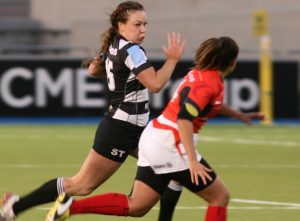 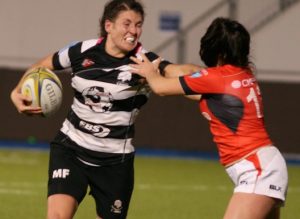 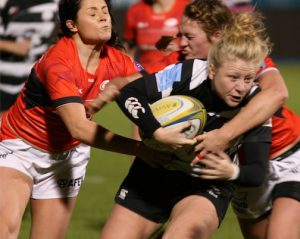 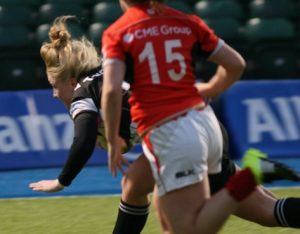 WITH Thurrock T-Birds top of the table at the halfway point in Championship One South, they travelled to Allianz Park to play Saracens IIs on the artificial pitch.

This surface always promises a fast game, and so it was. This Saracens side were really well turned out. Young, fit and very well drilled, they came out and gave Thurrock the run around for the first 10 minutes. Deservedly ahead they caused Thurrock to take a long hard look at themselves and roll their sleeves up.

Finally securing some possession, Ts started to use their big runners and carry hard into midfield.
Initially Saracens tackled well, but slowly the defence became overwhelmed by the constant hits and as the defence contracted, Thurrock let the backs loose for Harvey to dance through and even things up at 5 all.

With the pattern set, the power of Thurrock’s pack created havoc all around the park and dominated the set piece, then Tyler, Harvey and Tuson ran through or round the defence almost at will.

Tries for Harvey, Dyche and Tyler brought the score to 5-22 at half time.

If it ain’t broke, don’t fix it, and the second half continued as the first left off.

Foy and Hepper in particular always needed more than one tackler to bring them down, so space appeared elsewhere. A try from Parsad clocked up the all important bonus point and Tuson rounded it up to 6 tries for the day to put the game beyond doubt.

T-Birds are home to Wasps IIs this Sunday 4th December at 2.15pm.
There will also be a special recruitment night on 12th December.

As always, Thurrock Ladies, the T-Birds welcome new players of any standard to their 2 teams.
No matter how big or small, there is a place for you in a Rugby Team. Many are beginners, playing in their first Season, so don’t be put off if you are new to the game.