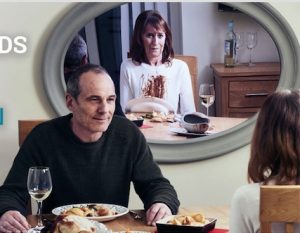 A CAMPAIGN asking domestic abusers to reflect on and then change their dangerous behaviour is being launched in the run-up to Christmas.

Every year Essex Police, and forces up and down the country, see a rise in the number of incidents of domestic abuse over the festive period. In each of the last two years the force has recorded its highest daily number of reported domestic abuse incidents on New Year’s Day, with 146 incidents reported on January 1, 2016 and 135 the previous year.

This Christmas, in a bid to reduce domestic abuse incidents and the serious harm caused to victims, Essex Police has joined forces with partners to launch the Reflect campaign, which is designed to engage with perpetrators and encourage them to “reflect” on their abusive behaviour and to seek help with The Change Project, an Essex-based charity.

The Change Project works proactively with men and women – who want to stop abusing partners or ex-partners – by changing their behaviour and attitudes.

Tania Woodgate, service manager at The Change Project, said: “The Change Project is so pleased to be able to offer the only Respect accredited community based prevention programme in venues across Essex. We have worked with over 400 families, since 2009, working to promote healthy relationships. From our experience, we recognise it is not easy for men and women to admit that they are abusive, but when they do, we are here to offer a programme that can help them change. It is really important that in order to break the cycle of domestic abuse, that we address the core of the problem, the abuser.”

Essex Police’s Deputy Chief Constable Matthew Horne, said: “Domestic abuse destroys families, it is unlawful and it affects every strata of society. More and more victims are coming forward and their bravery in seeking help is often humbling.

“They can get help and support and we need those suffering abuse to know that. This campaign purposely focuses on those who abuse, control and coerce others and it gives them an opportunity to seek help to change their behaviour. If you recognise these behaviours in yourself you can get help too.”

The Reflect campaign will feature a web film, poster and social media campaign. It will also use washroom and mirror stickers, carrying the “Reflect” message which will be displayed in GP surgeries, hospital, universities, colleges and pubs across Essex.

“Reflect” forms part of the wider Together We Can joint campaign, a joint initiative between Essex Police, The Office of the Police and Crime Commissioner for Essex, Essex County Council, Thurrock and Southend Borough Councils and the NHS.

Cllr Dick Madden, Essex County Council Cabinet member and chair of the Southend, Essex and Thurrock Domestic Abuse Board, said: “This campaign is a statement of intent from everyone in the Partnership who works to combat domestic abuse. Keeping victims safe from harm in the short term is crucial, but just as important is that we try to break the cycle of behaviour that leads to domestic abuse. And that is precisely what this campaign seeks to do.”

Cllr Sue MacPherson, lead for Thurrock Council for Violence Against Women and Girls, said: “In order to help address the scourge of domestic abuse, we need to find ever more effective ways of challenging and altering the behaviour of perpetrators. The Reflect campaign is an excellent programme which we warmly welcome and we look forward to seeing it in action in Thurrock.”

Lesley Salter, Executive Cllr for Health and Adult Social Care for Southend Council, said: “Christmas is meant to be a time for families to get together and celebrate. However the evidence clearly shows that the festive period and New Year can also be a tipping point, with increased reports and acts of domestic violence. That is why this campaign – which aims to tackle and change behaviours and attitudes – is so important, and why we are very pleased to support it.”

Tricia D’Orsi, chief nurse at NHS Castle Point and Rochford CCG, said: “We are committed to reducing the number of victims of domestic abuse – this is not possible without reducing the number of perpetrators. We want to help victims today and reduce the number of victims of tomorrow. There are many local and national organisations that can provide support and advice. Equally, don’t be afraid to talk to others such as health professionals, teachers, housing officers and social workers who can help you to get the right support.”