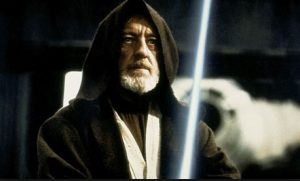 THE body that regulates charities in England and Wales has rejected anapplication from a Star Wars-inspired organisation devoted to spreading the ways of the Jedi.

The “Temple of the Jedi Order”, which draws on the mythology of the popular films as well as other philosophical and spiritual doctrines, applied to be entered onto the register of charities as a “Charities Incorporated Organisation” in March this year.

In the 2011 census, some 452 people in Thurrock declared themselves Jedi under the section for religion, with 177,000 people in total identifying themselves as Jedis across the UK, making it the seventh most popular “religion”.

The ward with the largest number of Jedi Knights is West Thurrock and South Stifford with 41 and the fewest is Tilbury Riverside with 10.

However, the Charity Commission for England and Wales knocked back the Temple’s request, partly because it was not satisfied the organisation would be “established for exclusively charitable purposes for the advancement of religion and/or the promotion of moral and ethical improvement for the benefit of the public”.

In their application, the Temple of the Jedi Order pledged to advance the religion of “Jediism” for “the public benefit worldwide” and in line with the so-called Jedi Doctrine.

It defined Jediism as: “A religion based on the observance of the Force, the ubiquitous and metaphysical power that a Jedi (a follower of Jediism) believes to be the underlying, fundamental nature of the universe.”

But the commission, in its judgment, noted that it will not recognise as a religion “everything that chooses to call itself a religion” and was unconvinced by evidence proposed to support Jediism as a legitimate faith.

It read: “The Commission is not satisfied that the observance of the Force within Jediism is characterised by a belief in one or more gods or spiritual or non-secular principles or things which is an essential requirement for a religion in charity law.”

It also noted the Temple of the Jedi Order was an entirely web-based organisation and said practices cited within its online community may be adopted as “a lifestyle choice as opposed to a religion”.

The Charity Commission is the independent regulator of charities in England and Wales.

As a matter of record the census revealed that there are three Scientologists in Ockendon, one Confucian in Orsett, one Druid in Stanford-le-Hope West, one Satanist in South Chafford and only one realist in Grays Riverside.