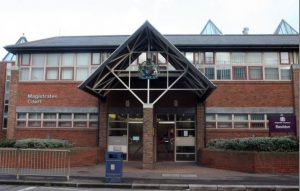 A TEENAGE biker has pled guilty to causing serious injury to a passenger on his bike as a result of a road traffic collision in Grays.

The seventeen-year-old boy, who cannot be named for legal reasons, appeared at South Essex Youth Court on January 10th.

He pled guilty to the following: “On 12/04/2016 at Grays….caused serious injury to another…by driving a mechanically propelled vehicle, namely Husqvarna Motorcycle Unknown, dangerously on a road namely Woodview, Grays. Contrary to section 1A of the Road Traffic Act 1988 and Schedule 2 to the Road Traffic Offenders Act 1988”.

The teenager also pled guilty to not wearing a helmet, no insurance and no licence.

He also pled guilty to six charges in relation to a separate offence in Kent.