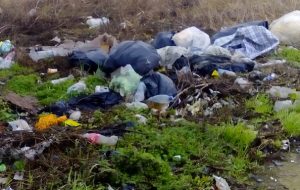 THE lay-bys on the A1089 Dock Approach Road, which were closed last year, are still covered in litter and Highways England have failed to clean them properly.

UKIP’s Tilbury St.Chads Councillor, John Allen said: “I raised this issue with Thurrock Council and Highways England several times and still there is a lack of action.

“Highways England is claiming that they cleaned the lay-bys when they were closed but for anyone that drives past regularly they will know that this is not the case.

“I call on Highways England to get on with the job that they are paid to do and clean our roads.”