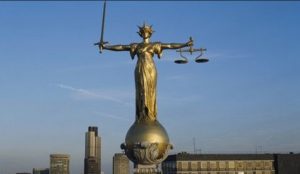 THE HIGH Court has removed Thurrock Council’s Fraud Squad as the prosecutor in a £4 million legal aid fraud investigation.

The Crown Prosecution Service (CPS) has now taken over the prosecution ofter the Court of Appeal criticised the Legal Aid Agency (LAA) for trying to run the case through the Thurrock Council Fraud Squad.

The appeal court, led by Lord Chief Justice, Lord Thomas, expressed surprise that the LAA and Thurrock Council had gone down this route.

The ruling highlights that under specific legislation councils can investigate but setting up as a prosecutor, in this case, appears to be a legal step too far.

The three unnamed defendants in the criminal case are the principal of a law firm in London, its compliance officer and practice manager – also the principal’s husband – and the office (and billing) manager. The firm’s legal aid contract was terminated in December 2013.

They are awaiting trial at Southwark Crown Court on a count of conspiring to defraud the LAA over a six-year period by submitting legal aid claims for immigration work that was not done; the loss to the LAA is said to be £4m.

They also face a charge of perverting the course of justice by forging client files and submitting them to the LAA to conceal the alleged fraud. They all deny the charges.

Thurrock Council set up its Fraud Investigation Department in 2013. Since then the department appears to have grown and grown. Of the sixteen members of staff, YT has been told that fourteen are former police officers.

Last year (October 2016) a report was placed in front of Thurrock which detailed the success the department has had.

http://www.yourthurrock.com/2016/10/06/new-fraud-squad-collar-close-to-half-a-million-in-thurrock/“>http://www.yourthurrock.com/2016/10/06/new-fraud-squad-collar-close-to-half-a-million-in-thurrock/
However, the court of appeals ruling has made a number of observations that may well beg further questions.

The LAA claimed that both the Metropolitan Police and the City of London Police had declined to take the case on, citing lack of resources, which was why it approached the council. Surprisingly, the LAA attempted to engage the police by simply making a report through the public Action Fraud website.

The Court of Appeal found that the LAA’s efforts to engage the police even at the investigation stage were “half-hearted and at a low level”. The matter did not go directly to anyone above detective sergeant level at the Metropolitan Police and even then it was only to seek help with executing warrants and arrests.

Instead, the LAA contracted with Thurrock to investigate and then prosecute the case; it did not ask the CPS to consider instituting what the appeal court called “this very significant prosecution”.

Thurrock’s motivation was to generate external income to keep its fraud department going.

The “Thurrock angle” to the case was explained by the head of the Fraud Squad, David Kleinberg.

1. 26 addresses used by the practice to facilitate its fraud were in Thurrock.

2. The misuse of these addresses might have constituted an offence under the Representation of the People Act 1983;

3. The legal aid system is provided to all citizens including those of Thurrock and the Council’s joint work with the LAA would be in the interest of those in the Council’s borough to protect the fund from abuse;

4. The LAA would be funding the resources in the FID assigned to investigate its matters, with their time shared for preventing and detecting fraud in Thurrock;

5. The LAA was to provide the equivalent of 2 full time staff to the Council to work on this investigation and any fraud matters in Thurrock. They were to be “upskilled” in the conduct of fraud investigation by the FID.

The appeal court ruling said: “There were no proper grounds for it to consider that that it was expedient for the promotion or protection of the interests of the inhabitants of Thurrock to prosecute the appellants (and not to refer this very serious matter to the DPP for prosecution). The council could not reasonably have thought that there were.

Further, the general financial justification behind Thurrock’s decision did not “come close” to meeting the requirements of section 222.

“Otherwise, section 222 would empower any local authority to offer a prosecution service (or indeed a defence service) to any individual or organisation prepared to pay for it. This cannot have been Parliament’s intention.”

The court said that the “unhappy facts of this case demonstrate well the dangers inherent in a system where agencies try to act as substitutes for prosecutions by the CPS in respect of national issues”.

It highlighted various failings, including a memorandum of understanding with the council that was not “presented directly” to the LAA’s executive committee; the LAA taking the council’s word that it had the power to prosecute the case without considering the matter itself; the LAA not approaching the CPS; and the lower court nonetheless being told that it was “unlikely” and “fanciful” that any other body would agree to prosecute the matter.

“It is in the public interest that major prosecutions such as this are handled by the single prosecuting agency established by statute to conduct them,” the appeal court concluded.

A spokesperson for Thurrock Council said: “Thurrock Council’s Fraud Investigation Team investigated a case which is currently awaiting trial. The case has been cost-neutral to the Local Authority.

“The authority is currently considering the decision of the Court within the appeal timeframe. It would therefore be inappropriate to comment further at this stage”.