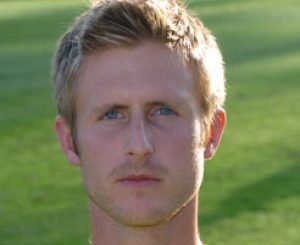 Goalkeeper Nicky Eyre returns to the Blues after 10 years

GRAYS Athletic are pleased to announce the signing of goalkeeper Nick Eyre.

31 year old Nicky came through the ranks at Tottenham Hotspur and had a loan spell at Grays in October 2004 before signing permanently the following season. He made 22 appearances and won an FA Trophy medal in May 2006.

He then left the club to join Rushden and Diamonds, before returning to The Rec for a further loan spell in October 2008.

Last season he played against us twice while he was at Leiston.

Speaking after signing for the club Nicky said: “10 years after my initial spell I’m so pleased to be back when the club are finally looking so positive and stable

Welcome back to Grays Athletic Nicky.