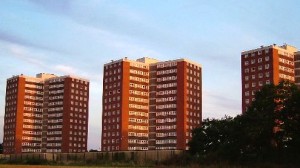 THE government has ordered councils and social housing providers to urgently check whether any of their buildings are clad with aluminium composite material (ACM) reports www.contructionnews.co.uk

Department for Communities and Local Government’s (DCLG) permanent secretary Melanie Dawes has written to council and housing association bosses urging the checks in the wake of the Grenfell Tower fire, in which at least 79 people are now feared to have died.

“There has been much public concern and comment about potential flaws in the cladding that was on Grenfell Tower,” the letter states.

“While the exact reasons for the speed of the spread of fire have yet to be determined, we have concluded that there are additional tests that can be undertaken with regard to the cladding.

“We are therefore asking local authorities and other registered providers of social housing to identify whether any panels used in new-build or refurbishment are a particular type of cladding made of aluminium composite material (ACM).”

Communities secretary Sajid Javid last week ordered a review of the UK’s 4,000 tower blocks in the wake of the Grenfell fire, but said it was important not to assume it is “all about cladding”.

Since then a row has broken out over the cladding used on Grenfell Tower after chancellor Philip Hammond said yesterday that the type used on the Kensington housing block – believed to be Reynobond PE – is banned in the UK.

CEP Architectural Facades manufactured the rainscreen panels and windows for Harley Facades, the subcontractor appointed to install the cladding on Grenfell Tower.

The DCLG letter from Ms Dawes said that if councils find cladding made of ACM, then a “sample will need to be tested”.

The letter added: “We have put in place a testing process for any samples, which will be at no cost to local authorities and housing associations.”

A criminal investigation has been launched into the Grenfell Tower disaster, whch Mr Hammond said would look at whether Building Regulations have been breached.