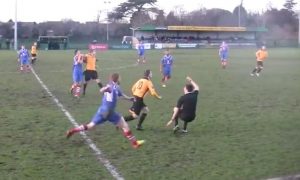 The 22-year-old has scored 43 goals in the last two seasons for East Thurrock, including 21 in their first National League South campaign last term.

His performances have earned him the Rocks’ players’ player of the year award for two successive years.

Manager Jay Saunders told the club website: “Tom is someone I’ve been after for a few seasons.”