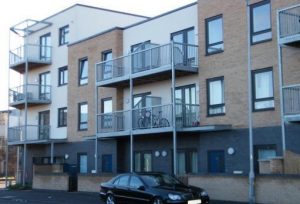 A SCHEME to build 113 new homes on the former Ford factory at Arisdale Avenue in South Ockendon was approved by planning councillors tonight (Thursday) despite concerns from some councillors about parking.

Cllr Graham Hamilton quizzed officers at Thurrock Council’s planning meeting, saying he feared there would be problems on the site, which is the third part of a five phase development – and they would possibly be increased by commuters at the nearby Ockendon rail station also parking there.

“Have we looked at the possibility of extending the number of parking spaces?” he asked. “For example there are a number of four bedroom houses that have two spaces, that is not going to be sufficient.”

His concerns were echoed by committee chair Cllr Tom Kelly but he said the council’s ability to make changes were limited because the development, put forward by Bellway Homes, was part of a much larger scheme, which was approved in outline terms several years ago when standards were different.

Councillors were told that it would not be possible to impose parking restrictions, including a parking permit scheme, but officers would be looking at what might be changed for further phases of the development.

Highways officer Matt Ford told councillors that there had been parking issues with the first phase of the scheme, which might be replicated but it would be closely monitored.

Cllr Colin Churchman added that there were also issues with heavy goods vehicles parking in the area as they waited to go into nearby logistics sites.

Despite the concerns, councillors unanimously approved the development – which is expected to begin immediately.