UKIP anger as both Tories and Labour reject homelessness motion

BOTH the Tories and Labour voted against a motion that would have prevented Thurrock Council from being able to refuse to assist homeless children who often are born and raised in the borough claim UKIP. 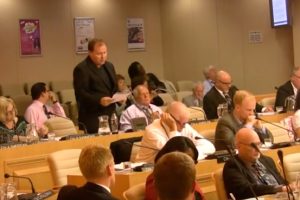 The proposer of the motion, Cllr Luke Spillman, said “Legislation allows councils to wash their hands of some children who have been placed in temporary accommodation outside of the borough after becoming homeless. The motion sought to end this injustice.

“Opposing this motion, some Cllrs cited well known cases of child abuse and social service failures together with the cost to the council. Citing these cases showed a misunderstanding of the issues from both the Tories and Labour.

“I suspect that this misunderstanding may have been fuelled by a desire from the Authority not to take on the extra responsibility that the motion would have insisted upon. This motion sought to protect children for whom homelessness was the only risk of harm. They are not children with ongoing concerns about abuse or neglect.

“We need to make some big and bold decisions in Thurrock. Do we want a genuine community or a place where you are only welcome until the ever-rising price of housing forces you out?

“Council must not simply facilitate, through inaction and sometimes action, the continued social cleansing of families from Thurrock, many of whom have lived here for generations. This motion would have protected some of these families and tightened the social care safety net. It would not have placed any child at increased risk.”