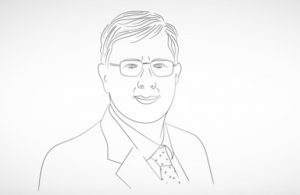 THE ESSEX Police and Crime Commissioner (PCC) has defended their decision to splash out over £7,000 on a cartoon advert.

Tory Roger Hirst’s four minute cartoon was designed to highlight the three options for change in the way Essex Police and Essex County Fire & Rescue Service are governed, led by the Police and Crime Commissioner for Essex.

According to their own figures, the Conservative police boss spent £5,000 on the cartoon plus £2,500 promotion the video on youtube.

With police resources stretched to the limit, it may seem surprising that the PCC has decided to splash out so much money. However his office have defended the decision.

A PCC spokesperson said: ‘We wanted the people of Essex to understand and have the opportunity to have their say on the proposed changes to joint governance of Essex Police and Essex County Fire and Rescue Service.

“The simple animated video was an important way of engaging with the public. It has been watched over 40,000 times, was praised by the Consultation Institute and the approach has been widely used in other consultations across the country.

“As an investment to release more funding for emergency services across Essex we think it was good value for money.’