Are too many Thurrock children being left home alone?

THE NSPCC has referred an increasing number of cases to the police and children’s services in Essex after receiving calls and emails from members of the public worried about children left home alone.

As the long school summer break approaches, the leading children’s charity has revealed that specialist counsellors on its 24-hour Helpline made 100 referrals last year (2016/17) to local agencies in Essex, up from 85 referrals made in 2015/16. 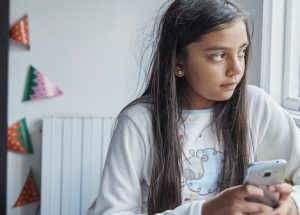 There were also 24 calls and emails from people in the county seeking advice about children being left home alone.

Although the law does not give a minimum age at which children can be left on their own, parents and carers can be prosecuted for neglect if children are put at risk of suffering or injury.

Worried callers to the NSPCC Helpline have reported children being left alone overnight and young children left to feed themselves and use dangerous kitchen equipment.

One caller who phoned the NSPCC Helpline said: “They’re leaving the kids alone at all hours of the day, from early in the morning until late at night. They have to fend for themselves and make their own meals and use the cooker and other dangerous kitchen equipment. When I go round to check on them they pretend that their mum is in the house, but I don’t believe she is. I never see her.”

The NSPCC is warning that although a child may seem responsible enough to be left alone without supervision, parents and carers should think carefully whether they would be able to cope with unexpected situations such as an emergency, a stranger calling at the house, being hungry or if the parent is away for longer than they thought.

The NSPCC is urging parents to read its home alone guide which includes questions they should ask themselves and their children before deciding to leave a child unsupervised.

NSPCC Chief Executive Peter Wanless said: “Deciding if a child is ready to be left on their own can be a very difficult decision and the summer holidays can be a difficult time for parents and carers as they face increasing childcare pressures.

“Although there is no minimum age, no child should be left on their own if there is any risk they will come to harm.

“Children mature at their own rate so it’s really important parents think carefully about what is right for their child.

“Children shouldn’t be left on their own if they are not happy with being left, or if they don’t know what to do in an emergency.”

To help parents and carers who may be considering whether or not to leave their child on their own for the first time this summer, the NSPCC is issuing guidance on leaving children home alone on its website.

Key advice includes:
Babies, toddlers and very young children should never be left alone.
Children under the age of 12 are rarely mature enough to cope in an emergency and should not be left at home alone for a long period of time.
Children under the age of 16 should not be left alone overnight.
Parents and carers can be prosecuted for neglect if it is judged that they placed a child at risk by leaving them at home alone.
A child should never be left at home alone if they do not feel comfortable with it, regardless of their age.
If a child has additional needs, these should be considered when leaving them at home alone or with an older sibling.
When leaving a younger child with an older sibling think about what may happen if they were to have a falling out – would they both be safe?