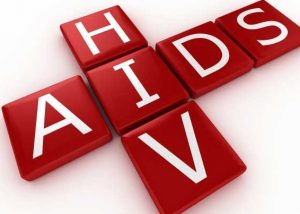 THURROCK has been named a HIV high risk area by researchers in a latest report.

Everyone in high risk areas should be offered HIV tests when they enroll for a new GP because 13,500 people are unaware that they have the disease, public health experts have said.

Researchers at Queen Mary University of London are calling for immediate HIV screening to be rolled out to all 74 local authorities in England with high rates of infection reports the Daily Telegraph.

High HIV prevalence is defined as having more than two diagnosed infections per 1,000 adults in a given area.

An estimated 13,500 people in the UK do not know they carry the virus that causes Aids, meaning they miss out on treatment and pose an infection risk to others.

Dr Werner Leber, who led the study involving more than 86,000 people from 40 GP surgeries in the London borough of Hackney, said: “We’ve shown that HIV screening in UK primary care is cost effective and potentially cost saving, which is contrary to widespread belief.

“This is an important finding given today’s austerity. Financial pressures, particularly within local authority’s public health budgets, mean that the costs of HIV testing are under intense scrutiny, and in some areas investment in testing has fallen.”

The scientists conducted a trial which tested the effectiveness of rapid fingerprick HIV testing as part of the standard health check carried out during GP registration.

They found it led to a four-fold increase in the HIV diagnosis rate.

But factoring in the higher costs of care for people diagnosed late showed that screening could become cost effective far sooner than this.

The annual cost of rolling out HIV screening to all 74 high prevalence authorities was estimated at £4 million.

Dr Clare Highton, from the City and Hackney Clinical Commissioning Group (CCG) said: “Public health, specialist and CCG commissioners should take note of these important results showing the value for money of screening for HIV in primary care.

“This intervention means that people with HIV are able to live longer and healthier lives and the spread of infection to other people is halted.”

Dr Michael Brady, Medical Director for Terrence Higgins Trust, said: “One in seven people living with HIV do not know that they have it.

“Undiagnosed HIV infection puts individuals at risk of preventable illness and death, disproportionally contributes to onward transmission and is an unnecessary burden of cost to the NHS.

“Effective HIV therapy means people can now expect to live a normal lifespan and won’t pass the virus on to anyone else. Testing in General Practice is a key component of this.”

Currently people are only screened for HIV if they have symptoms. The National Institute for Health and Care Excellence (Nice) is currently consulting on changes to testing.

The findings appear in The Lancet HIV medical journal.

Areas deemed to be at high risk are: