A MAN has been jailed for five and a half years after admitting a series of burglaries in Suffolk, Essex, the Metropolitan Police area and Cambridgeshire. 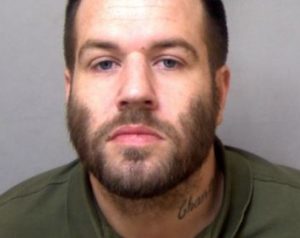 TIM Gell, of Melville Heath, South Woodham Ferrers, was originally arrested by Essex Police and was subsequently charged with burglaries at four homes in the county – two in South Ockendon on May 4 and two in Harwich on May 6 this year. In all four cases items of jewellery were stolen.

But Suffolk Police believed the 30-year-old may have been responsible for other crimes in Suffolk and officers from the Constabulary’s Operation Converter team were drafted in.

Gell went on to admit 23 further offences including ten burglaries in Suffolk – nine of them at homes in the county – ten further Essex offences, two home burglaries in the Metropolitan Police area and one house burglary in Cambridgeshire.

Gell appeared at Chelmsford Crown Court, on Thursday, July 13 where he was sentenced to five and a half years in prison.