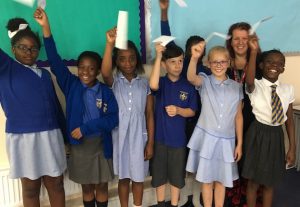 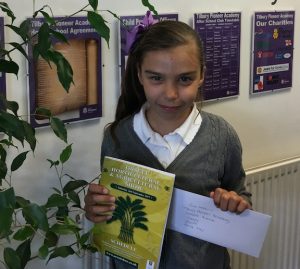 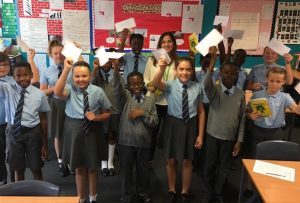 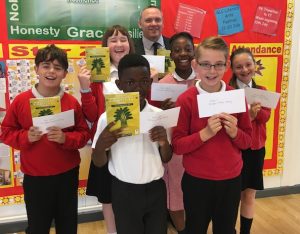 THE Port of Tilbury, London’s major port, has given away 61 pairs of Orsett Show tickets to creative young people in the local communities who entered a writing competition.

The port is the headline sponsor for the 2017 Orsett Show and as part of this they ran a competition to encourage young school age writers to create a media release all about the port. The port has been an integral part of the community for over 130 years and the challenge was for the entries to tell the story of the port.

The port received 61 entries from schools across the local area and the team were impressed with the knowledge about the port and the sense of community spirit that came across in some of the writing. All the entries were considered worthy of winning the show tickets and the schools were presented with their family tickets recently to attend the show on 2nd September.

Commenting on the competition, Paul Dale, Asset and Site Director, Port of Tilbury said: “We have enjoyed reading all the entries and it’s very impressive to see such a high quality response from young people in the community. It is clear from some of the entries, that the port plays a big part in their own families lives and also that they see the port as an important part of the community. Young people in the community are very important to the port as they are our workforce of the future and we have ambitious plans to continue to grow the port to secure further employment for the local area.

My congratulations to all the winners and we are all looking forward to the Orsett Show in September – make sure you drop by our stand on the day!”

The Port of Tilbury and The Orsett Show are embedded in local Thurrock history. Over the years the port has supported the Show and a large number of port staff go along and enjoy the show. This year the port will have a stand at the show and everyone is welcome to drop by to talk to the team there.

Over 300 Companies, Schools, Organisations and Charities come together to promote their businesses, sell their products, inform and network in a fun filled family day which was attended by just under 10,000 people in 2016. The 2017 Show will see the traditional marquees in place – Cattle, Agriculture, Horticulture, Hobbies & Handicrafts, Schools and Crafts together with over 150 trade stands.
www.orsettshow.co.uk