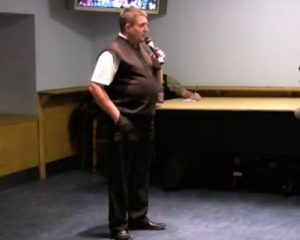 THE FORMER chief executive and manager of Grays Athletic has been declared bankrupt reports the London Gazette.

Michael Henry Woodward, aged 62, of The Bungalow in Purfleet Road, Aveley had a petition filed against him on November 21st 2016. The bankruptcy order was made on June 6th, 2017.

The petition was made by HM Revenue and Customs (HMRC) in their capacity of the Official Receiver.

Mr Woodward was the chairman credited as taking Grays Athletic to two FA Trophy wins and just a game away from the Football League.

On two occasions, he also took over as manager of the club.

But he severed connections in 2009.