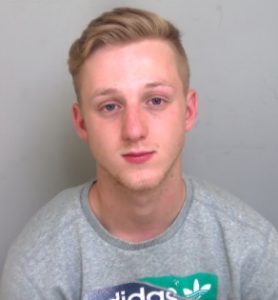 A MAN has been jailed for four-and-a-half years over the attempted robbery of a taxi driver in South Ockendon.

The victim, a man in 50s, had picked up a woman in Corringham on Tuesday, May 9 and was taking her to an address in South Ockendon when she got a call.

Following the call, the woman asked the victim to drop her at an address in South Road, South Ockendon, stating a man she was meeting would pay the fare.

When arriving at the destination the woman got out of the vehicle and three men approached it.

One of the men then threatened the victim with a knife and demanded money.

The victim managed to fight him off before being able to drive away.

Aaron Keenan, 20, of Spencer Walk, Tilbury was arrested on Thursday, May 11 and later charged with attempted robbery and possession of a knife.

Following a 1 day trial, he pleaded guilty to the charges at Basildon Crown Court on 16th June 2017.

At Basildon Crown Court on Tuesday, July 25 he was sentenced to four-and-a-half years in prison.

Investigating officer, Police Constable Richard Dines of Grays CID, said: “Aaron Keenan targeted a completely innocent man who was just trying to go about his daily business and threatened him with violence.

“Through the support and co-operation of members of the public and the victim himself, Keenan has been sentenced to 4 and half years in prison.

“It is galling that Keenan seemed so comfortable threatening harm against someone else and I am pleased he is now off our streets.

“I hope he will use his time in prison to reflect on his actions and the potential consequences, which could have been far worse.

“I also want to praise the bravery of the victim, both during the incident and throughout the investigative process, and I hope this sentence will come as some solace.”